The sea and its vast expanses have always fascinated artists. Since the age of romanticism, the sea has not only symbolized longing and departure, but has also changed over time from a simple location to a motif.

In the group exhibition "Sea View" we focus on our three gallery artists Patrick Angus, Rainer Fetting and Jochen Hein and their approach to the pictorial theme of the Sea.

The estate of the early deceased artist Patrick Angus ( *1953 in North-Hollywood, California; † 1992 in New York City, US ) is represented by Galerie Thomas Fuchs. Angus' central work in this exhibition is the oil painting "Summerland" from 1988, which recalls the glowing beaches in Malibu or Venice Beach where the artist grew up. In this work by Angus, the influence of the American artist David Park is clearly visible. Rough and expressive brushstrokes determine the composition and emphasize the movement of the water. Patrick Angus' figures embody freedom and the carefree attitude that is associated with a visit to the beach and thus stand out from his otherwise often lonely and yearning figures. The beach becomes a safe haven for Angus, an intimate place where his figures can move freely.

Rainer Fettings ( *1949 in Wilhelmshaven, DE ) works are strongly influenced by the location of his residence. Raised in the port city of Wilhelmshaven, the artist nowadays commutes between Berlin and the island of Sylt. In 2002, Fetting made his dream of a permanent studio on the island possible, which he describes as his personal refuge. The works of Fetting, which he created on the island, bear witness to its unrestrained and diverse nature. Sand dredgers as well as tripods play a central role, but Fetting's expressive style of painting also portrays the promenades, seagulls, and water sports enthusiasts who accompany the daily life on the island. His work "Hinter der Welle", for example, explores the wait for the perfect wave, with the four surfers almost dissolving into the background. Despite the human presence in many of Fetting's works, the brute force and superiority of nature is omnipresent due to the intense coloring and strong brushstrokes. On the occasion of his 70th birthday, the Museum of Art and Cultural History Schloss Gottorf is currently showing a large retrospective called " Here are the lemons".

Jochen Hein ( *1960 in Husum, DE ) has been deeply connected with the sea since his childhood. Born in the "grey city by the sea", water has become one of the main subjects of his paintings. It seems that his paintings only show a part of the motif leaving the beholder with the impression that the sea continues on endlessly beyond the edge of the painting. Hein play with the illusion of distance in his works: The still water in "Reflection", in which many small rays of light are reflected, as well as the thunderous play of colours in "Kochende See" look like realistic representations from a far distance, but when viewed close up they dissolve into abstract structures. His works are purely fictional, but they evoke subjective memories. Through the absence of figures in Hein's works, the artist removes any distraction from the beholder's field of vision. Instead, his own ideas, memories and sensations are reflected on the surface of the sea when viewing Hein's works.

All three artists do not only have a deep connection to the sea, but also use it as a motif in completely different ways. While Jochen Hein's main motif is nature alone, Rainer Fetting's work often focuses on the interaction between humans and nature. Patrick Angus, on the other hand, refers less to the sea as such than to the people who are at the sea. The different positions show the ongoing fascination of art for the sea as motif and location. 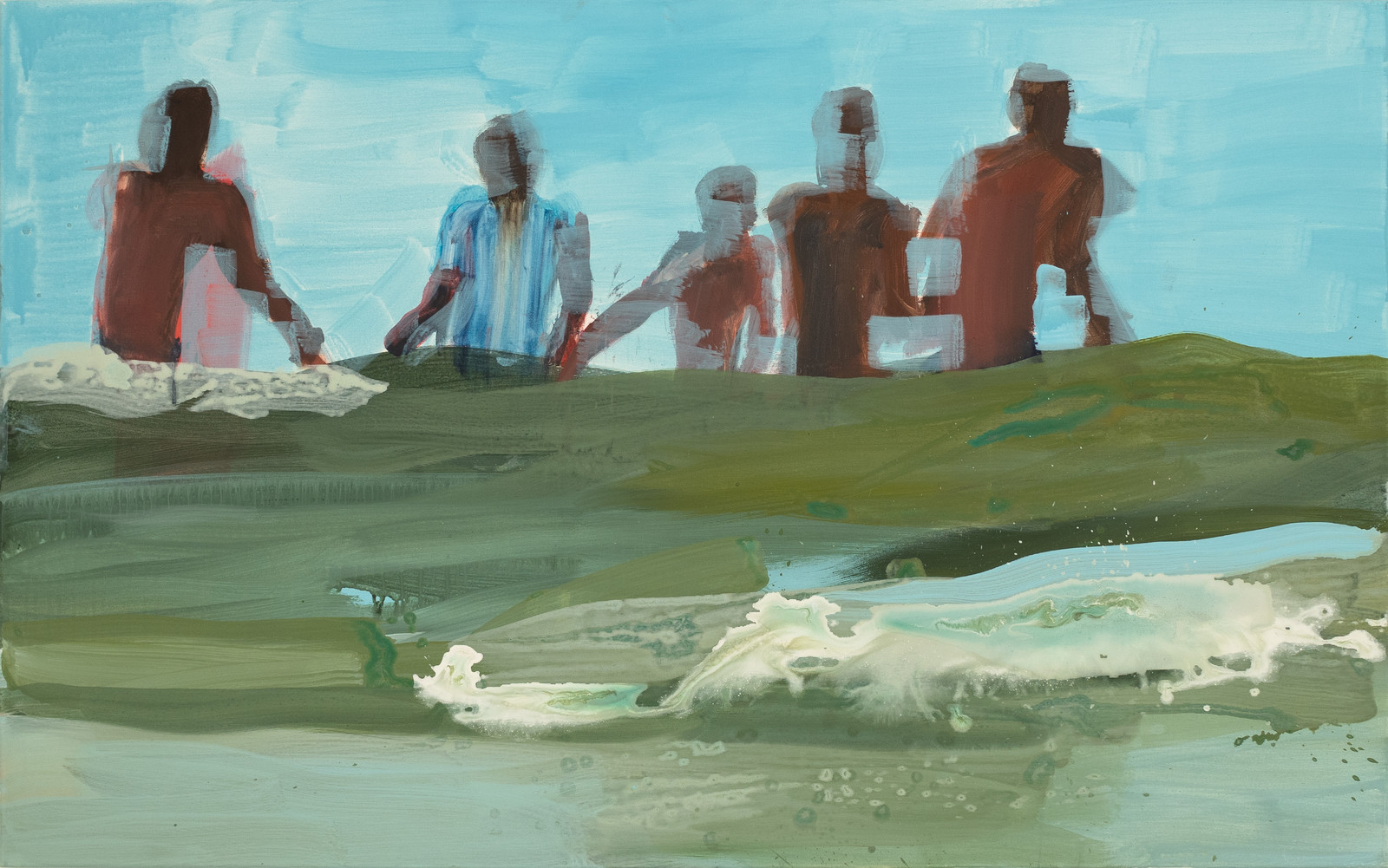 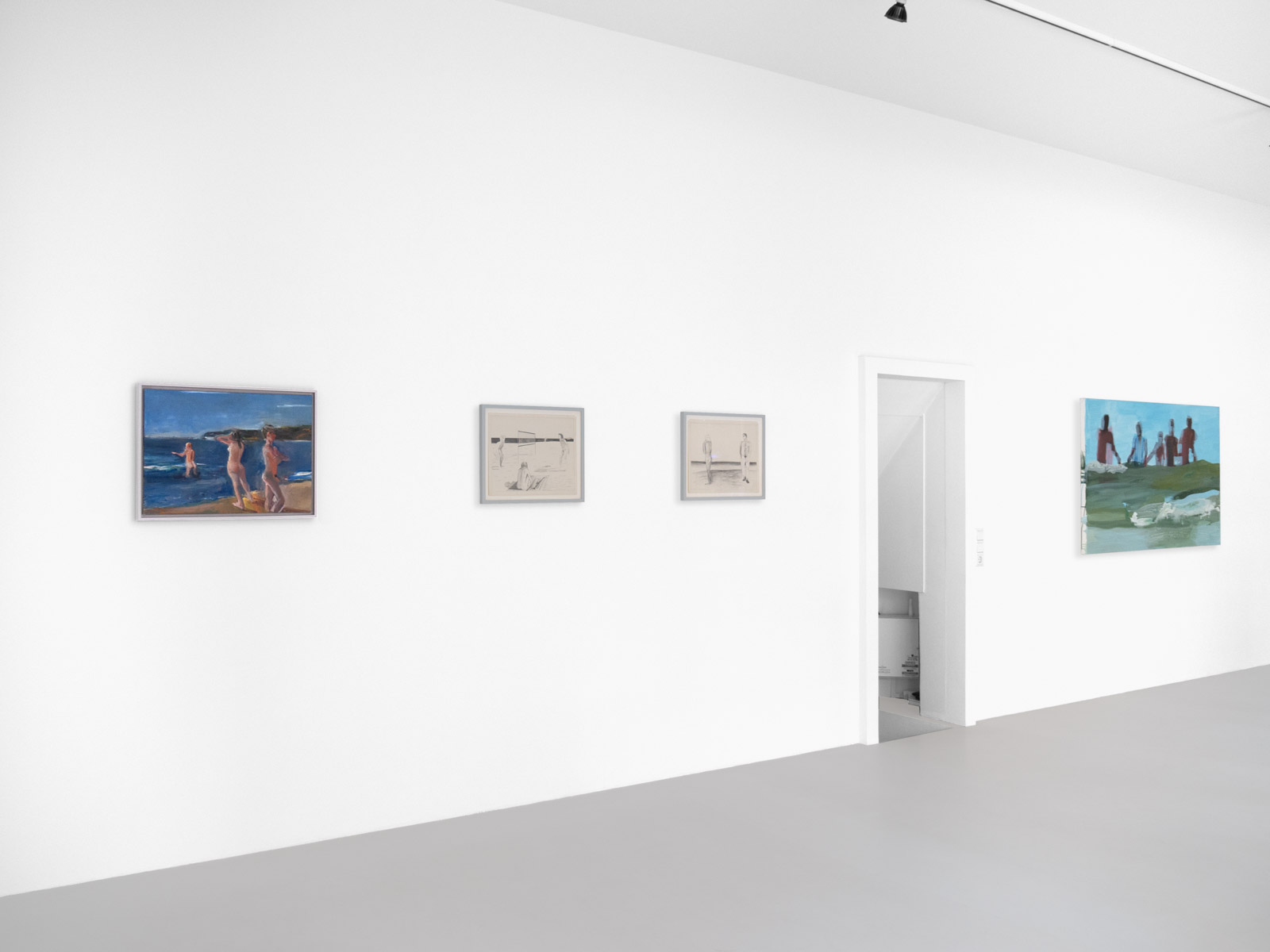 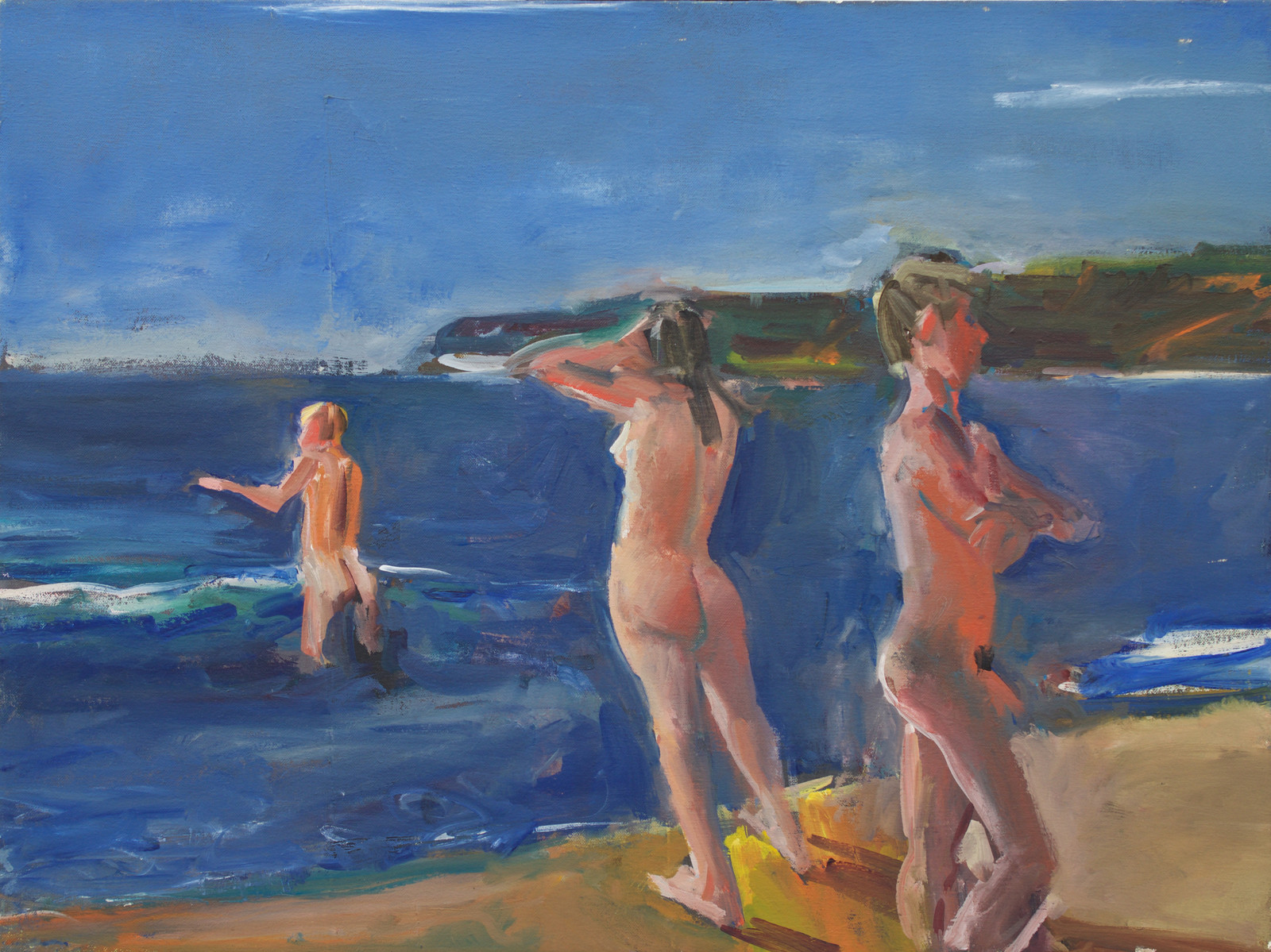 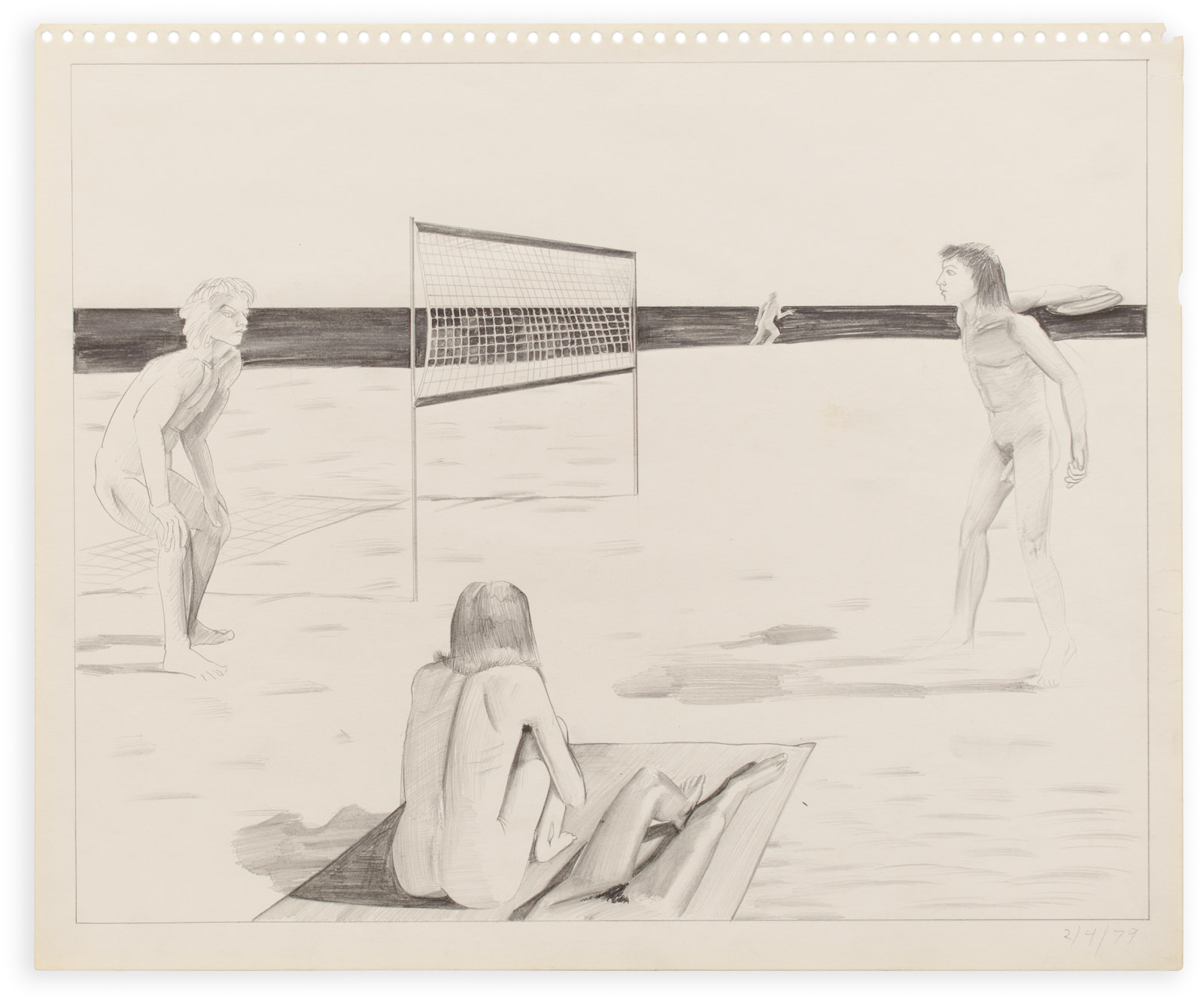 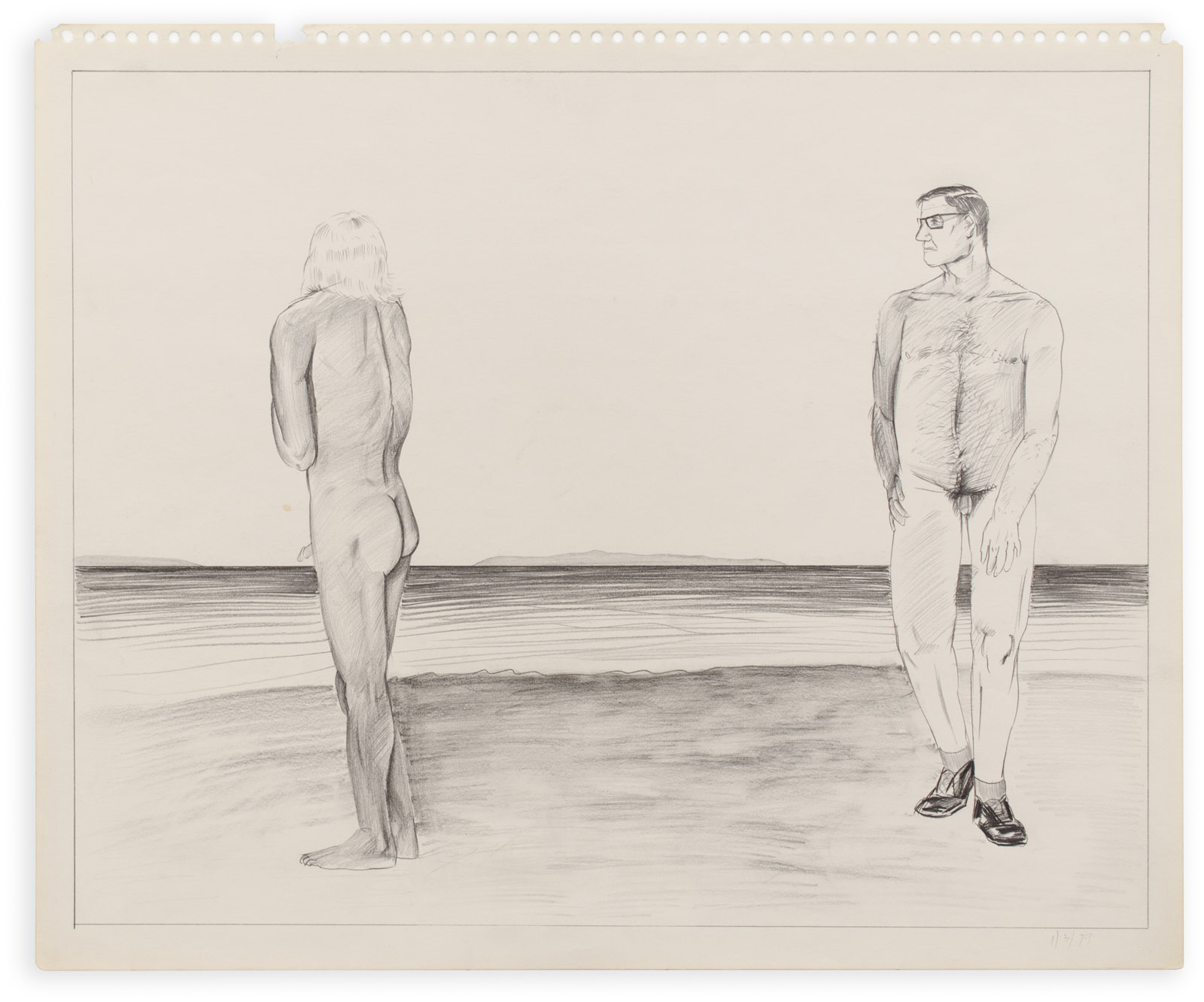 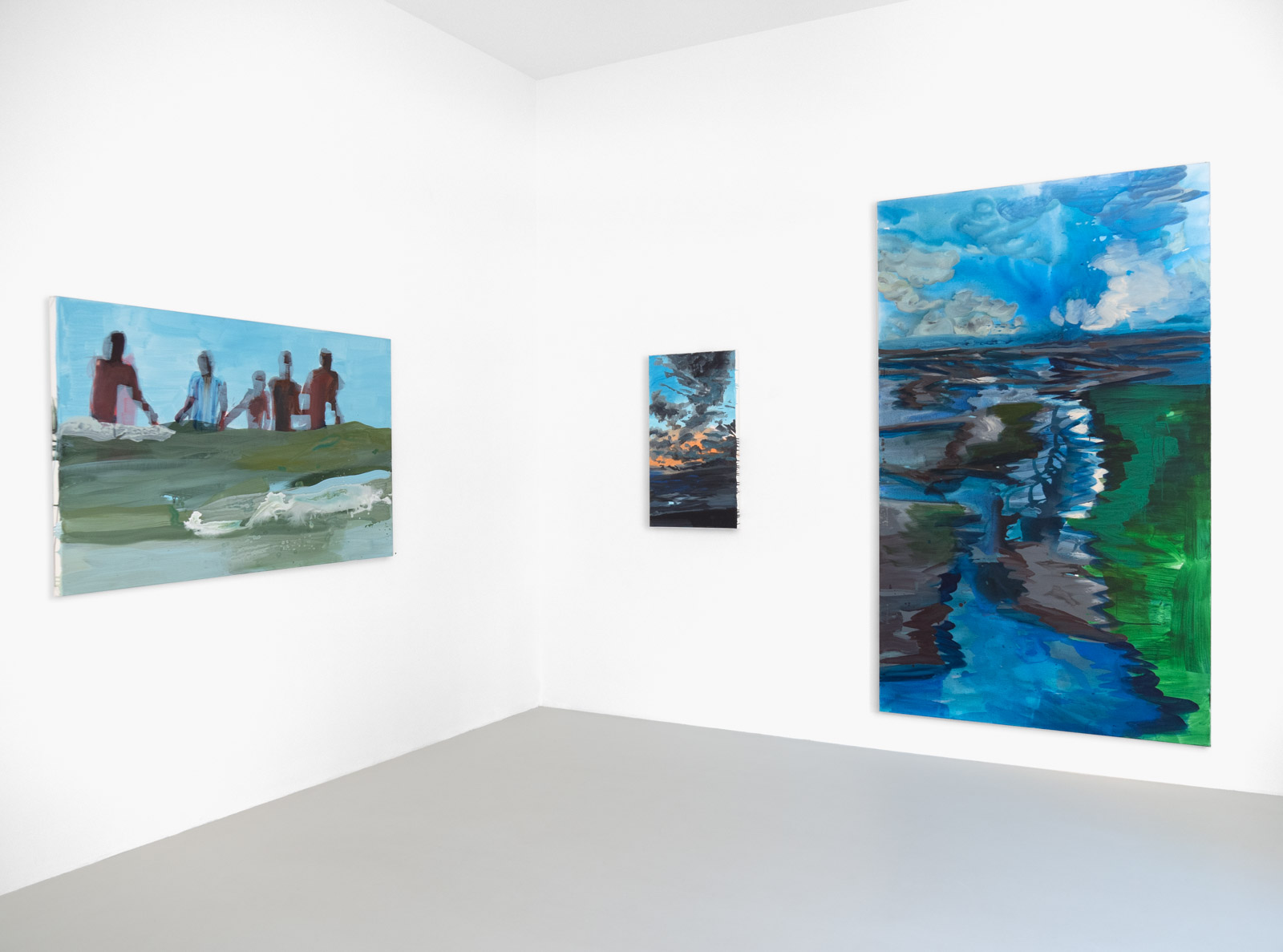 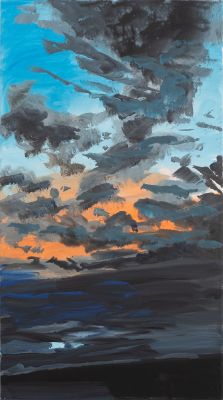 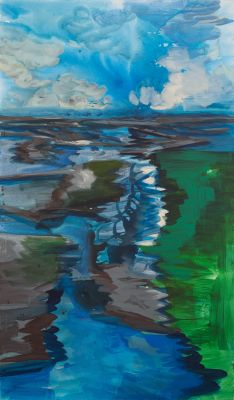 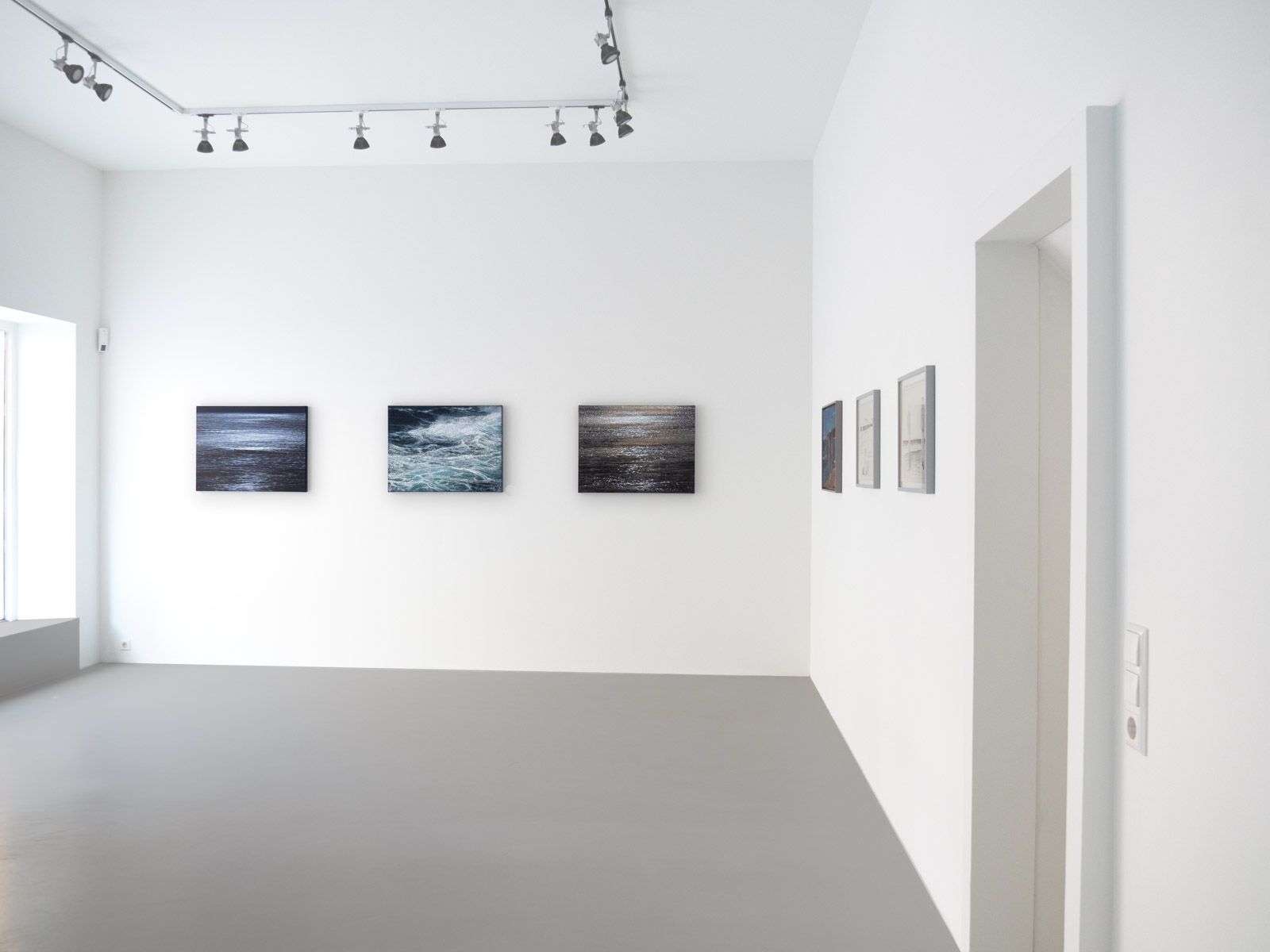 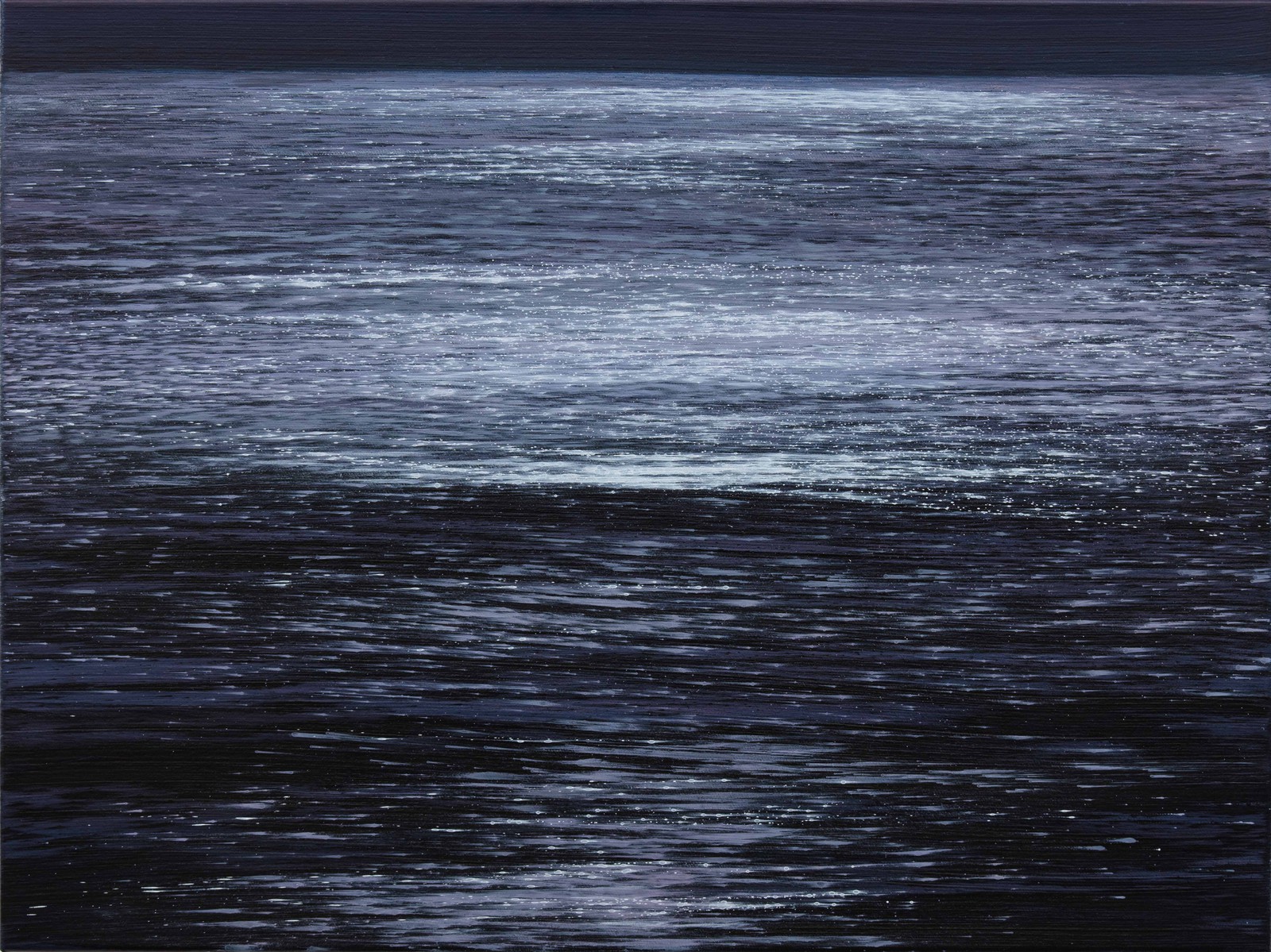 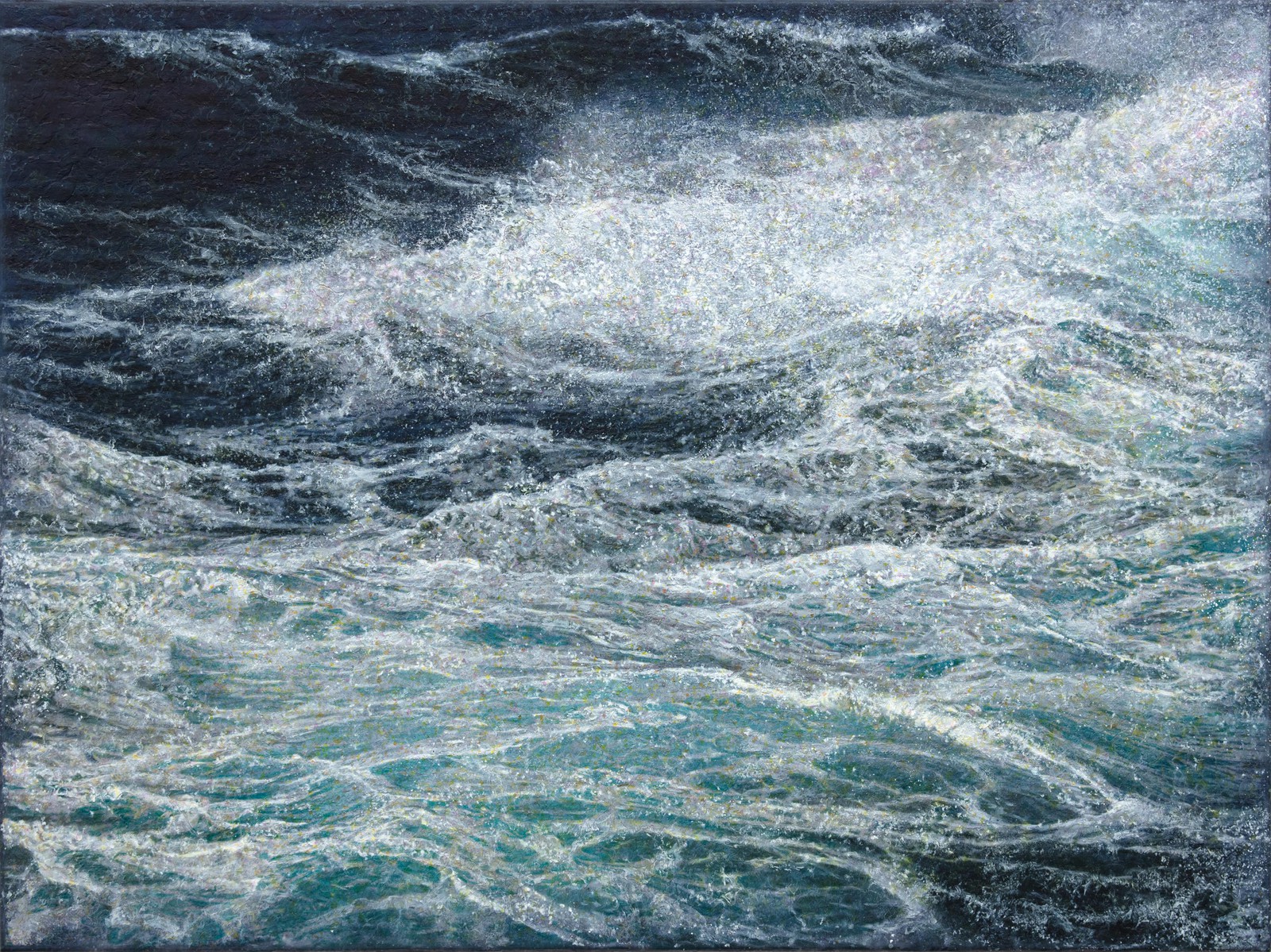 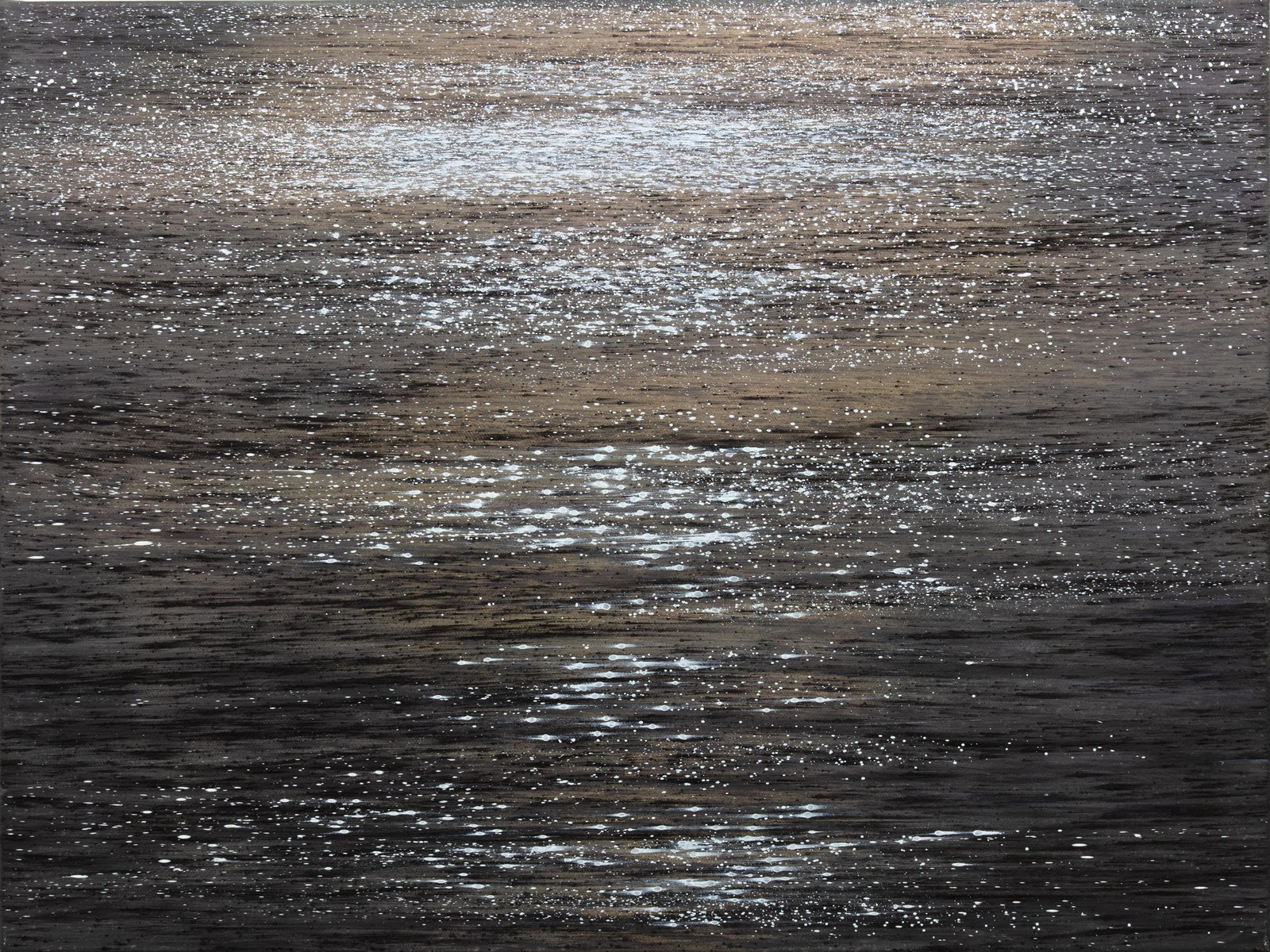 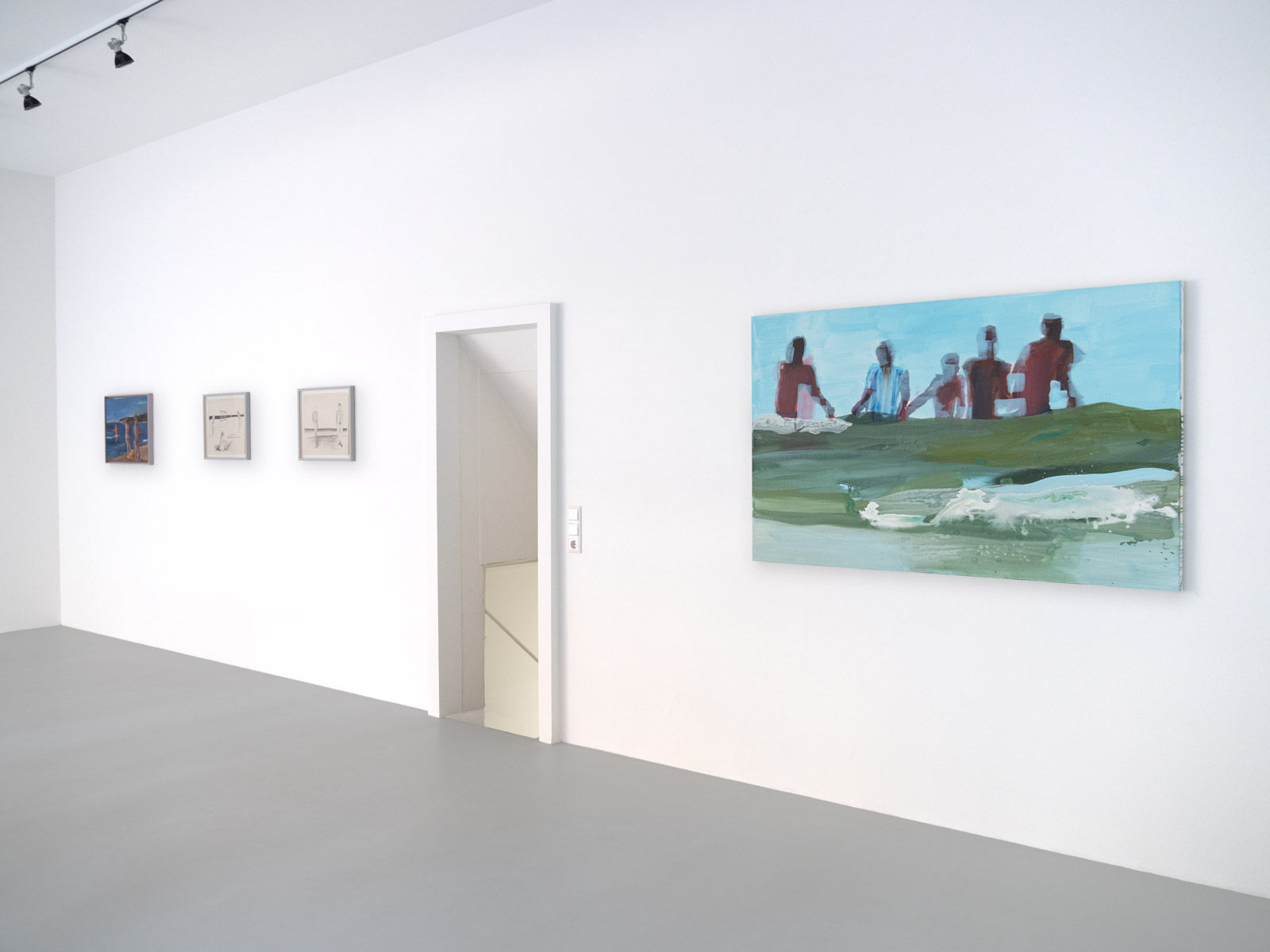